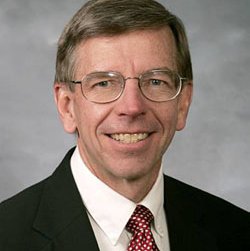 He teaches graduate and undergraduate classes in database systems and theory, discrete mathematics, data structures, data engineering, and extraction and integration of web data. He is co-director of the Data Extraction research group, the TANGO research group, and has been co-director of the Object-oriented Systems Modeling (OSM) research group. His research interests include database systems and theory, information extraction from data-rich unstructured documents, heterogeneous data integration, model-driven software development, and the semantic web. He has published widely and has made numerous presentations at national and international conferences. His research has been supported through several National Science Foundation grants.

He is a member of the steering committee for the International Conferences on Conceptual Modeling (the ER Conferences), and has served as chair for the committee. He was the general chair of ER2000, which was held in Salt Lake City, Utah. He is serving or has served in various other capacities, including associate journal editor, PC chair, PC member, workshop coordinator, and referee for many conferences, journals, and proposals.

He is a member of ACM and is affiliated with SIGMOD.

He is also a member of The Church of Jesus Christ of Latter-Day Saints.