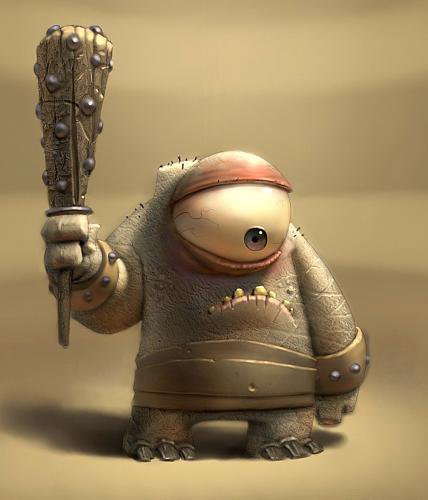 The Computer Science Animation Emphasis is a limited-enrollment major. Students interested in participating in the program must be at least enrolled in the current semester in the prerequisite courses (CS 142, CS 235 and CSANM 150) , to apply for the emphasis. You can apply in the semester that you are taking a prerequisite class (put "currently enrolled" for your grade, and we will pull it ourselves when grades post). For additional questions about the application, please reach out to the CS Undergrad Advisor Lynnette Nelson (lnelson@cs.byu.edu).

Application instructions can be found here. Please note: Our office closes at 5 p.m.. You will not be able to get any questions answered after that time.

*Transcripts do not need to be official.*

The Computer Science Animation Emphasis gives students the opportunity to learn both the technical and artistic side of creating and implementing digital animation and games, preparing them for technical careers with animation and game programming studios.

The BYU Computer Science Department has a long history of contribution to the field of computer-generated animation. BYU Computer Science students have been instrumental in the production of each of BYU's celebrated animated shorts. These short films, including: "Lemmings," "Petshop," "Faux Paw," "Turtles," "Noggin," "Las Piñatas," "Lion and the Mouse," "Pajama Gladiators," "Kites," and "Xing," have been widely heralded by the animation industry. They have garnered ten "College Television Awards" or "Student Emmys" from the Academy of Television Arts and Sciences as well as four "Student Academy Awards" from the Academy of Motion Picture Arts and Sciences.

Upon entering the industry, BYU Computer Science students continue to excel. Many of the computer science students who have worked on BYU's animated films have gone on to graduate school or accepted positions at an animation studios. BYU Computer Science Alumni are employed with some of the top studios in the industry, including Pixar, DreamWorks, Disney Animation, EntertainmentArts, Industrial Light + Magic, Avalanche Studios, and LucasFilmsAnimation. BYU Computer Science students have contributed to a number of recent blockbuster films, including Pirates of the Caribbean: Curse of the Dead Man's Chest, Chronicles of Narnia: The Lion the Witch and the Wardrobe, Chronicles of Narnia: Prince Caspian, Cars, Ratatouille, Shrek 3, and Transformers. Recently, one computer science alumni, Jason Smith, who is currently employed as a technology lead at Industrial Light + Magic, was named by The Hollywood Reporter as one of the industry's "Brightest and Most Talented 35-and-Under Artisans."

During a speech given at BYU in 2008, Ed Catmull, president and co-founder of Pixar Animation Studios and president of Disney Animation, lauded the work in animation at BYU. He remarked, "over the years, Pixar has worked with a lot of different universities around the country and hired people. One of the interesting things is, all of a sudden, in the last few years, we found that BYU has risen to the top." Later that afternoon in a press conference, Dr. Catmull told journalists that BYU students hired as interns "come in and do production work right away and do a fantastic job." He continued, "it's amazing to suddenly see that BYU is producing the best in the industry. It's the perception not just at Pixar, but also at the other studios that something pretty remarkable is happening here."

The creation of the Computer Science Animation Emphasis, in conjunction with BYU's newly created Center for Animation, will continue the trend of preparing BYU students to enter the workforce with the technological background and skills necessary to influence the growing animation industry.

Computer Science Animation students may also choose to augment their studies by participating in undergraduate research with one of the many graphics-oriented research projects in the department.