The Bioinformatics Emphasis, part of the Computer Science program at BYU, offers students the unique chance to synthesize their interests, giving them entrance into a fascinating and dynamic new field. 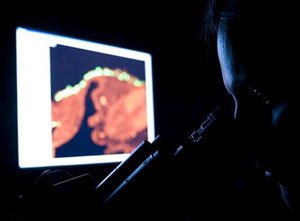 Upon entering BYU, new students are often overwhelmed by the scene before them. The transition to college life, especially at a university as large as BYU, can be daunting, and often nothing, not even the lack of parking spaces or the puzzle of Tuesdays that mysteriously transform into Mondays, is as overwhelming as the monumental task of choosing a major. With nearly 130 majors to choose from, the prospect of picking one and making it to graduation sometimes seems impossible. Students with widely varying interests often have the most difficulty in this task. How can a calculus whiz with a passion for Picasso choose between Mathematics and Art History? Or a ballerina with a love of languages decide between MDT and Linguistics? Unfortunately, the Computer Science Department can’t solve this dilemma for everyone, but for those who want to pursue careers requiring backgrounds in both computer science and biology, the new Computer Science Bioinformatics Emphasis comes as a welcome addition to the program.

Students from these two programs work together in shared classes on significant real world problems such as the evolutionary relationships between species, gene finding, three-dimensional protein structure prediction, and understanding possible treatments for cancer. Computer science students who have graduated with this interdisciplinary skill set have been able to become influential researchers in bioinformatics.

Students have shown interest in this emphasis as a way to prepare them for employment as software developers in this growing area. This emphasis will also allow pre-med and pre-dental students to fulfill the requirements of these programs along with computer science in a more reasonable amount of time. Some pre-law students have expressed an interest in this degree program as they view the large body of patent law that will be decided in the next few years as this new technology becomes more mainstream. The Bioinformatics Emphasis represents several areas where the Department of Computer Science is solving exciting problems using computers. 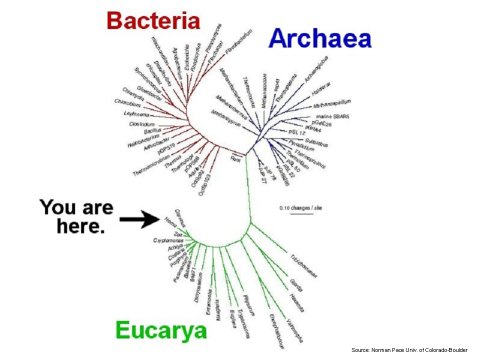 Open source phylogenetic analysis takes on the incredible task of illustrating the evolutionary relationship of all organisms—both living and extinct—over the 3.5 billion years that the earth has been in existence. This, of course, is no mean feat, and carries with it extraordinary consequences. The National Science Foundation’s Tree of Life project reports that phylogenetic analysis has implications on human health, natural resource management, agriculture, developmental biology, and disease prediction, diagnosis, and prevention. For example in Australia, phylogenetic analysis confirmed that the death adder was closely related to the lesser-known Bardick, prompting scientists to explore the use of death adder antivenom to treat deadly bites from its highly venomous cousin. In more recent years, phylogenetic research was used to identify and control the emerging West Nile Virus. This knowledge was critical in preventing widespread infection and may have saved hundreds from illness and even death. However, with over 1.75 million documented species and an estimated 10 million more awaiting discovery, any such project involving phylogenetics is impossible without the aid of sophisticated and powerful technology. Research in the Computational Sciences Laboratory is working to create and improve open source software using alignment algorithms to enhance phylogenetic research, with the potential of dramatically altering the field. 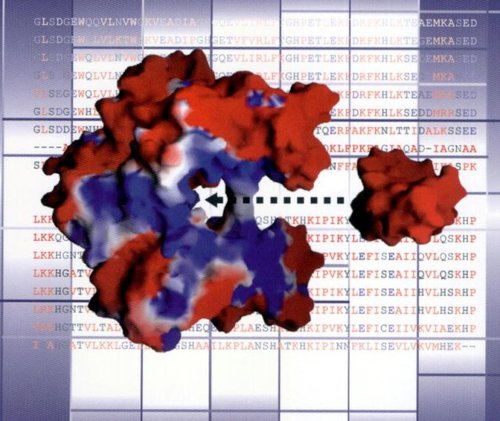 Similarly, the advances that the Computational Sciences Laboratory is making in the field of DNA Drug Docking have far-reaching consequences as well. Modern science has determined the causes of many defects, yet we are still unable to cure a significant number. Drug docking technology however, in effect allows scientists to turn certain disease- and defect-causing genes on or off. This technology, combined with the mapping of the complete Human Genome, will allow pharmaceutical companies to begin targeting specific genes with drug therapy, with the possibility of curing diseases such as cancer, Alzheimer’s, and AIDS, as well as reversing birth defects such as Downs Syndrome. The algorithms and applications created in the Computational Sciences Laboratory help scientists determine which drugs will dock, or bind, to the harmful protein produced by a given gene.

So not only will the Bioinformatics Emphasis and the Computational Sciences Laboratory benefit students with the tough task of choosing between two majors, it also gives those students the ability to greatly benefit mankind as a whole and change the way the world looks at biology and medicine.

For more information about the Bioinformatics Emphasis and the Computational Sciences Laboratory, please visit http://csl.cs.byu.edu/ or contact the CS Undergraduate Program Advisor, Lynnette Nelson at lnelson@cs.byu.edu or (801) 422-9439.