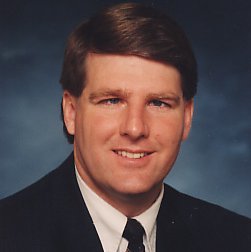 Kelly received his BS and MS degrees in Electrical Engineering from Brigham Young University in 1988 and 1989 respectively. During that time he was awarded the College of Engineering's Honored Student Award and published his thesis work in the International Conference on Computer Design. He received his PhD from the Department of Electrical and Computer Engineering at BYU in 1993 while working as a full-time systems administrator for that department. In 1993 he took a faculty position in the Computer Science Department at Brigham Young University and immediately took a sabbatical leave to Intel Corporation in Oregon. While at Intel he continued his research and taught a graduate course for Oregon State University. Since returning to BYU he has published over 30 technical papers, received over $2,000,000 of funding, advised numerous graduate students, received a teacher of the year award, and received the Utah Golden Key Award. In the Computer Science Department he served as graduate coordinator and associate chair and served on other department, college, and university committees. He currently serves as the Vice President of Information Technology and Chief Information Officer of BYU. He continues to teach, do research, and advise several PhD, MS, and undergraduate students. Kelly is married to Linda Montgomery Flanagan and they have 4 sons and 2 daughters ranging in age from 6 to 18.