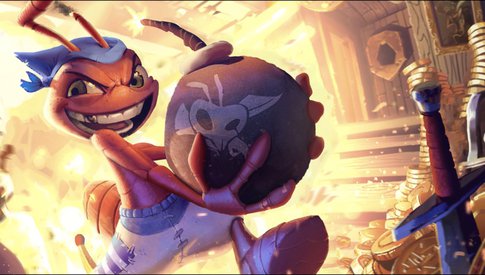 The Game Developers festival was canceled, but Intel University Game competition was

Brent Adams is the founder of the animation program at BYU, and he said the program has

come a long way. “(The award) is one of the two most prestigious awards that a college can

win and most of the schools that are invited to compete are graduate programs,” Adams

According to Animation Program Director Kelly Loosli, it’s not just animation students that

make films and games great. “We have the Animation Center, where students outside the

program can get involved if they are interested and have ability,” Loosli said.

be submitted to the Student Academy Awards. Last year, the Academy awarded BYU a gold

medal for its film “Grendel.” That was BYU’s sixth award.

“We are proceeding as usual,” Loosli said. “Then we plan on just putting our films online so

everyone can see them.”

Before, festivals had a rule that films could only be eligible to compete if they were not

published online. Under unprecedented circumstances, most festivals have forgone that

rule. Animation professors have opted to not worry so much about submitting to festivals

and are instead considering the future of their students.

The program as a whole is small and struggles to fund itself. “If the (Animation) Center was

endowed, we would have the funds to send students and faculty to festivals,” Loosli said,

“But with limited funds, we are mostly focused on finishing our projects, submitting them

where and when we can,and working to help our students get jobs in the industry.”

“Because it takes a lot of work and time and money to submit to festivals, we actually submit

to very few lately,” Adams said. “We have found that they don’t open enough doors for the

students to justify the expense.”