Plan on attending our graduation celebrations on April 22nd.

BYU Commencement will be at 10am on April 22nd, the College of Physical and Mathematical Sciences Convocation Part 1 will be at 2pm.
View
Welcome to New Faculty Member - Porter Jenkins
April, 01 2021

Porter is extremely excited to be joining the faculty at BYU. His main area of research is Artificial Intelligence, where he tries to help machines learn a little bit more like humans.  He received a PhD from Penn State studying machine learning and data mining, and BS in Statistics from BYU. 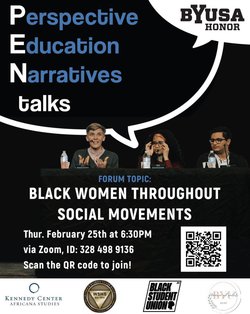 The month of February is Black History Month. It's an annual celebration of recognizing the achievements and the role of African Americans in U.S. History. For Black History Month, the BYU Student Service Association PEN Talks with collaboration with the Kennedy Center, Global Women's Studies, and clubs including BYU Women of Color, and BYU Black Student Union are hosting a panel discussion on the topic "Black Women Throughout Social Movements."

Gina Dorsan from the Department of Computer Science will be a member of a panel discussing "Black Women Throughout Social Movements."
View
Threads
February, 18 2021 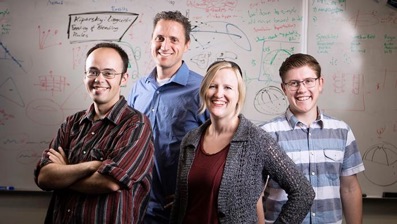 Welcome to the CS Department's second edition of Threads, a student-driven publication of "thread" papers describing the evolution of various ideas in computer science.  The topics for these papers were chosen by the students in CS 611, the only required course for our Ph.D. students, who then researched and wrote the papers making up the publication.  Our hope in sharing them with you is that they will give you a glimpse of the kinds of ideas these advanced students are engaging, expose you to the stories behind the evolution of a number of great ideas in computer science, and inspire rich technical conversations throughout the department.  Enjoy!

This is a student driven publication (that is to say, even the editor was another student TAing the class) of "thread" papers from the (mostly Ph.D.) students in CS 611 last semester describing the evolution of an idea in computer science that they are interested in.
View
Picture a Scientist
February, 18 2021

One of the first steps to solving a social problem is learning more about the issue. The Peery Series is hosted by Brigham Young University's Ballard Center for Social Impact. In conjunction with the series, each month the Ballard Center focuses on a different social issue.
View
AI-driven User Profiling
February, 17 2021

AI-driven user profiling based on user data is a key component of providing a personalized experience on Facebook. However, public concern has grown around social media platforms profiling users to infer fine-grained interests and characteristics such as race, religion, or socioeconomic status, which can be used for secondary purposes such as targeted advertising. In fact, there have been recent public outcries over how such micro profiling has been used to sway political views, as well as concern over how people’s emotional and psychological well-being can be negatively affected. This project investigates how to leverage one of the most popular medium for engaging viewers, Youtube videos, to increase digital literacy and help users limit such profiling. This is an interdisciplinary effort drawing from Media and Film studies, Applied Artificial Intelligence, and Human-Computer Interaction.

Ten Computer Science students, including Stanley Fujimoto and Eric Burdett, have been instrumental in using handwriting recognition to find which people died in the 1918 pandemic in the United States. To create the dataset, students identified and retrieved hundreds of thousands of relevant images from FamilySearch.

“That’s been quite a process because their collections are just massive,” said Burdett, who wrote computer code to interface with FamilySearch’s system. “We have access to millions and millions of records from FamilySearch, resources a lot of researchers haven’t had before.”

To teach the computer to extract relevant entries from certificates with varying layouts, Fujimoto modified and trained object detection algorithms typically used to identify people or cars in images. The students in the lab transcribe causes of death using a state-of-the-art handwriting recognition algorithm created by former BYU graduate student Curtis Wigington. Once they obtain the transcriptions, students assign a diagnosis code to the certificates to standardize differing ways coroners described the same cause of death. The automated process has allowed them to transcribe over 100,000 death records in under 2 hours, compared with the weeks or months of labor that human-generated transcriptions require.

For many, involvement in the project will shape their professional futures.

“This project is giving us the skills to be able to function in jobs in big fields in computer science like machine learning and artificial intelligence,” Burdett said.

As for Fujimoto—despite his past indifference to genealogy—seeing cutting-edge computer science and machine learning applied to family history has inspired him to take a full-time position as a data scientist with Ancestry.com.

“Sometimes in school we are focused so much on theory, and I love that I can see that the things we’ve been learning can actually make a difference,” said Burdett, who joined the team more recently and replaced Fujimoto as the student project leader when the latter graduated this past summer.
View
National Suicide Prevention Month Resources
September, 17 2020 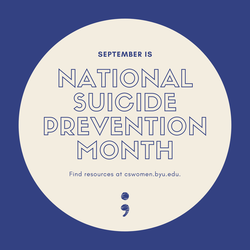 September is National Suicide Prevention Month. For information and resources, check out http://cswomen.byu.edu/help-for-students-in-crisis/. 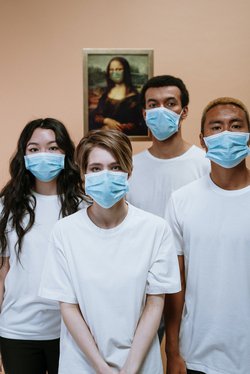 The following policy will help employees and students to remain safe as we deal with the COVID-19 pandemic. Infectious diseases, such as COVID-19, can have a huge impact on you and on those that work and study around you. In an effort to reduce that impact we will be strictly following the guidance and policies of the university and of the government. University and government (both State and County) policies are continually being updated, and those policies and requirements will always supersede the department policy outlined below. We will do our best to keep this document current, but intentionally do not exhaustively repeat the university/government policies here.

You have primary responsibility for protecting your well-being; don’t put yourself in a situation that is unsafe, especially if you are part of a risk group. If you are not at a high risk yourself, please show courtesy toward others who may be at greater risk, especially since you can spread the disease while being asymptomatic.
View
ZipperOTF: Automatic, Precise, and Simple Data Race Detection for Task Parallel Programs with Mutual Exclusion
July, 17 2020

Even though the current circumstances do not allow us all to gather on BYU campus for your graduation, we still will each gather in our own places across the globe to celebrate with you on this momentous occasion.

If you need help from the CS Department Office please contact us by email: csoffice@cs.byu.edu , as we are now working from home during our office hours. 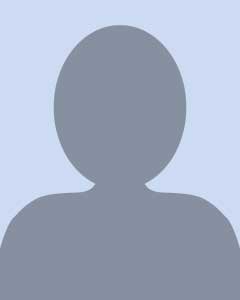 You probably won't hear BYU animation students shouting, "We're No. 1!" but we'll shout it for them. Animation Career Review named BYU's animation bachelor of science program the best in the country.