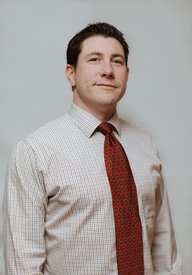 We welcome Dr. David Grimsman as a new faculty member in the Department of Computer Science